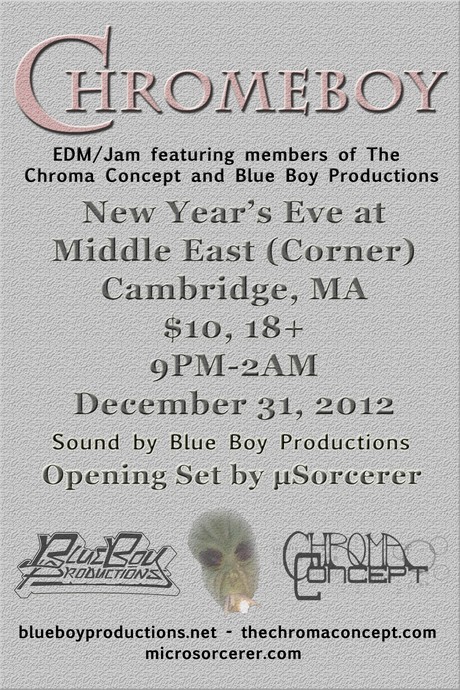 Chromeboy is Blue Boy Productions and half of Chroma Concept. A live band that is here to take over the universe.
Mike Clairmont on Bass
Chris Narainen on Drums
Ezra Platt on Guitar
Alex Russo on Keys and Production 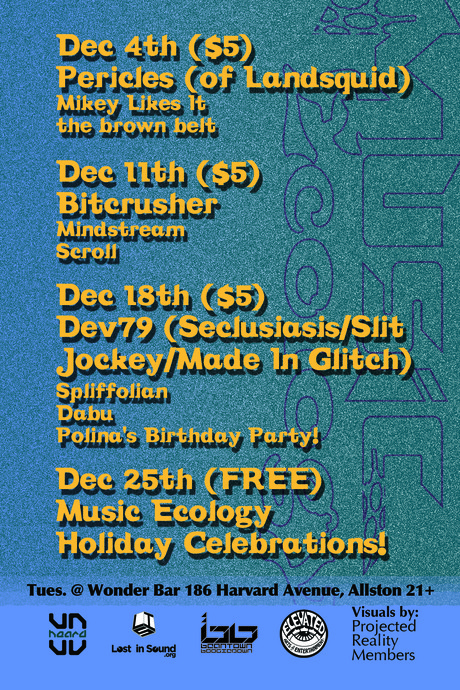 Ok kids, here is the deal. On December 25th - Christmas Day (yes, we are not afraid to use the word Christmas in a sentence) we will gather at Wonder Bar like we usually do. We'll start the evening right ... 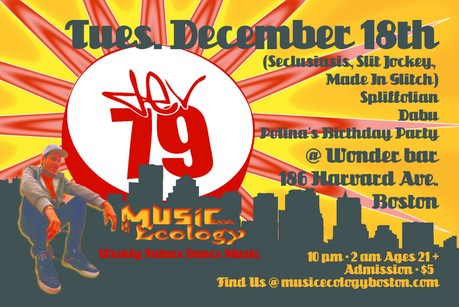 We are stoked to announce the return of Dev79 to Music Ecology. He will be accompanied by local heroes: DJ Spliffolian as well as an extremely rare public appearance by Dabu. This will also be a chance to wish "Happy ...

Bitcrusher with Mindstream and Scroll

Bitcrusher
"president of cold fusion production .inc 2000-2006 nick has been a big influence to the edm events and productions in maimi,philly,nyc,boston,, burlington and internationally since 1998..currently representing:
LTD and TRUE production

Pericles (of Landsquid)
Since beginning this project in 2007, PERICLES has shared all original live sets of future music all over the east coast and south east with a who's who of 21st century electronica including Shpongle, Ott, The ...