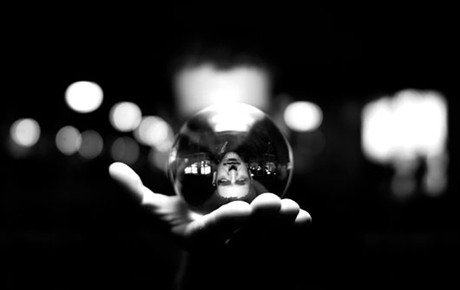 One of many, but with a very distinctive sound, Om Unit has already captured the minds of beat fanatics with his work to date. Style-wise you could say 'post-genre' or just 'electronic beats'. Genres are like borders, rapidly becoming obselete when we see the world today as having an ever-increasing merging of styles and influences. Put simply, it's electronic music.

Jim Coles previously worked under the name 2tall, as a competitive DJ (DMC/ITF etc.), a live performer in the UK and Europe, working with turntable and samplers, and producer of several albums, including 2007's 'Beautiful Mindz', a project put together with Dudley Perkins and Georgia Anne Muldrow. Other albums include  'Shifting Tides' (2004) and 'The Softer Diagram' (2008). Beyond that, his work with Dented Records led to productions and collaborations with UK rap acts, such as Foreign Beggars, Jehst, Kashmere and Kyza, as well as production and turntablist work on the 'United Colours of Beggatron' album.
http://www.facebook.com/omunit

Krts (Project Mooncircle)
1984, Halloween night and the young boy is ready to put on his Go-Bots costume on, and escaping the McDonalds drive-in with a happy meal. A Blue Chevet carrying the happy four-year-old black male, and his father driving. ""Hey Kurt, I have something you're gonna like."" His father says with a hint in his voice that the cassette he is placing inside the deck is going to blow the four-year-old child's mind. I read the title of the album, ""Are you Afraid of.."" The track comes on with haunting samples, distortions, and melodies that are soft and manipulated. The song sounds like a garage with power tools creating music to the boy. His mind ventures through realms he's never viewed inside his mind. His heart races with excitement, and an energy never spoken before. He clenches harder to the empty cassette case. ""The Art of Noise"", as his father grins paying attention to the street going towards home. Kurtis Hairston was in no way, afraid of the art of noise. Instead he embraced it. Held tightly to it, and it became the basis behind his side of electronic music. And then, is how it began.
http://www.facebook.com/Krtsmusic

kuxxan SUUM (end fence)
The artist, kuxxan SUUM, is inspired by the mystic galactic tradition and extra-human communicative-traits of the classic Maya.The artist aligns contemporary and antiquated sounds of the human race in a musical space that reflects and raises awareness of a lost connection to the galactic core.
Based in Harlem, NYC, and co-founder of the mighty free-label, end fence, kuxxan SUUM's music is available for free at
www.endfence.com
www.soundcloud.com/end-fence

Music Ecology is a Boston based event production collective formed in the summer of 2009. Our weekly Tuesday night residency at Wonder Bar a well as numerous events throughout the city have exposed Boston audiences to numerous local, national and international talent.
Our upcoming shows include: