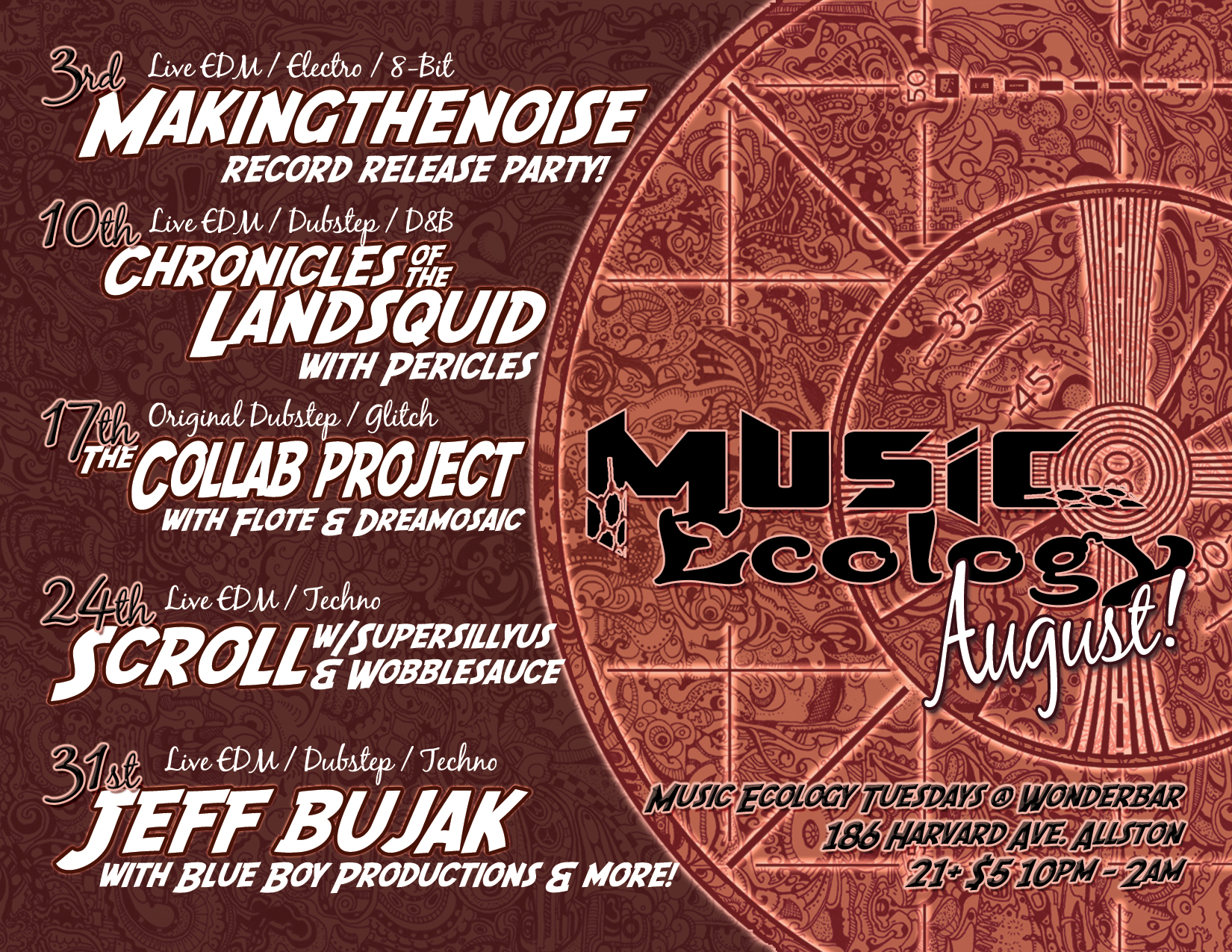 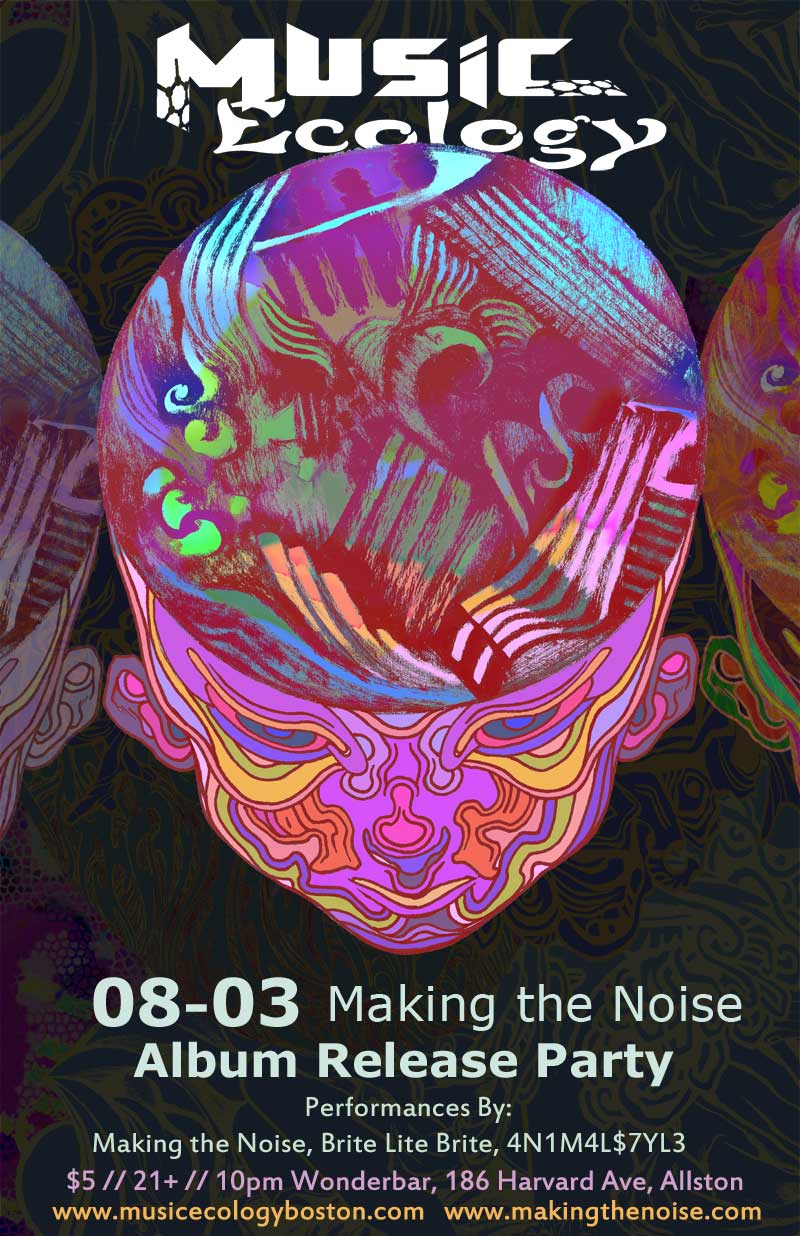 Music Ecology presents an album release party for Making the Noise's debut album - you can do anything except for some things.

Join us Tuesday 8/3 at Wonderbar along with M-CUE, Brite Lite Brite and Philadelphia's 8-bit champion ...