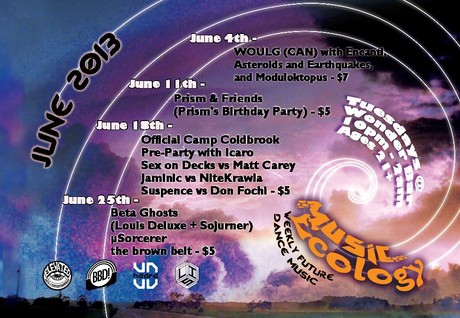 Beta Ghosts
Experimental electronic music collaboration between Massachusetts-based producers Louis Deluxe and Sojourner.
________________________
We're ghosts, or we will be someday, without a doubt. For now, we're still in beta, working out the glitches here in the world ...


Music Ecology is a Boston based event production collective formed ...