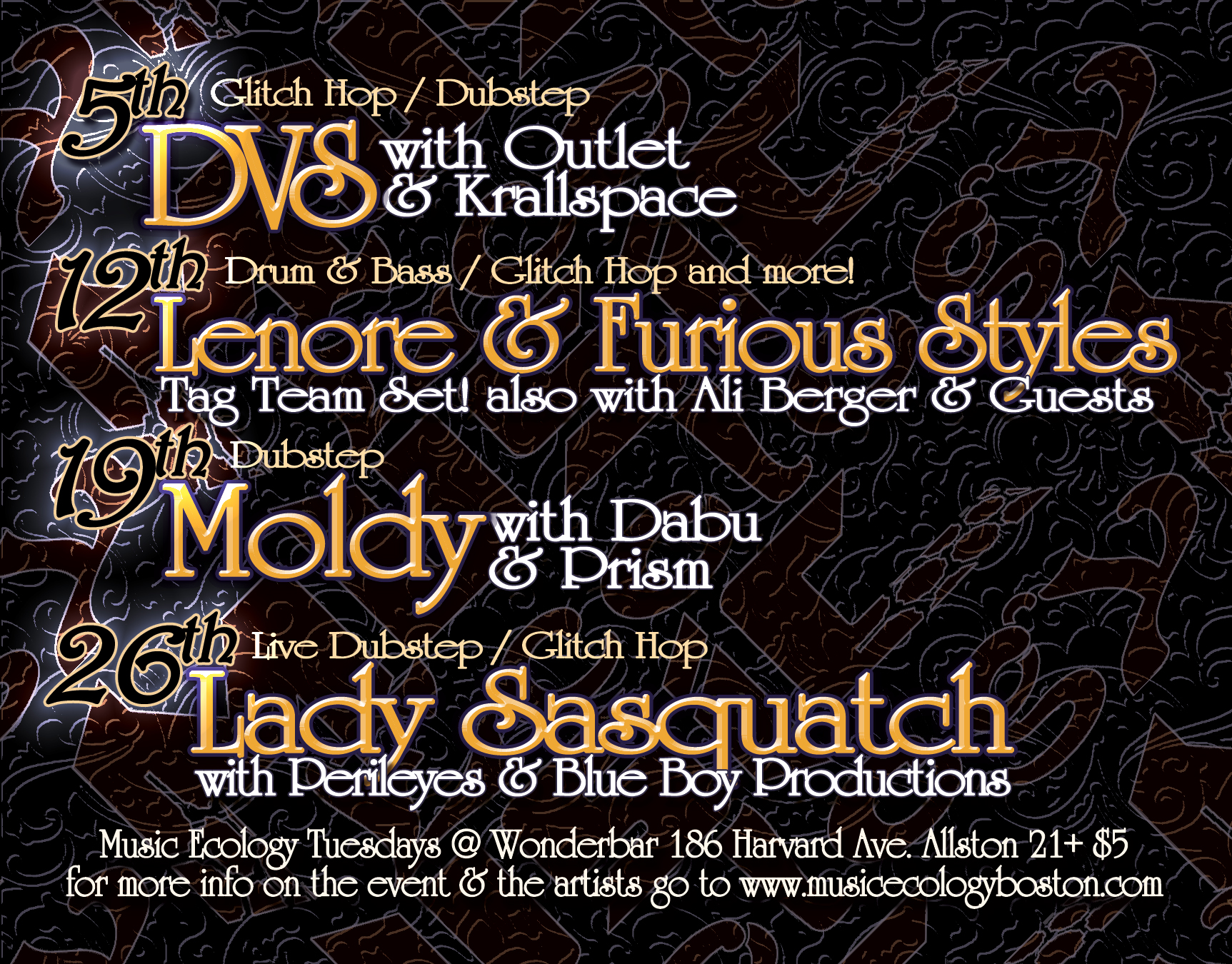 I think this Dub War podcast of all original Moldy tracks pretty much speaks for itself:
http://soundcloud.com/moldy/dub-war-podcast-12-moldy

...but here's some more info about Moldy:

A native of Portland, ME and seasoned inhabitant of Boston, MA and New York, NY, the “New England sub assassin” and “New York City dubstep pioneer” (thekronicle.com, 3/3/10) is known far and wide for his mind-bending DJ sets and deep, dark, thoughtful bass music productions. A “veteran of American dubstep” (flavorwire.com, 4/19/10), Moldy has been at the forefront of the US dubstep movement since its inception, sharing the stage with bass music innovators including The Bomb Squad, Skream, Plastician, Mala, Loefah, Pinch, Distance, Starkey, N-Type, Breakage, Digital, Dara, Dieselboy, Headhunter, Joe Nice and Dave Q.

Prism studied under Vance Gordan [Dicenso's Drum Shop/First Class Band] specializing in Afro Cuban rhythms and the Moeller technique prior to venturing into music production. Being fortunate enough to have a close friend with a Roland MV8800 and a father with an endless collection of rare vinyl gave birth to PRISM's first endeavour into music production. "OMEGA" represented a vast and eclectic style of sample based instrumental Hip Hop defined by his lifetime observation of music such as: Pat Metheny, Goldie, Mahavishnu Orchestra, BT, Fonky Family, Sizzla, J Dilla, Chinese Contemporary Classical Music, The Prodigy, Cultura Profetica, Buena Vista Social Club, Fear Factory, Chick Corea, Orbital and many more that inspired him to persue music originally. After studying many Buddhist texts, World Philosophies, Native American rituals, listening to artists such as Heny G, Mala, H.O.D, Loefah, Synkro, Silkie and Quest and becoming more and more intrigued by the intricate likeness of all societies, cultures and religions, PRISM was created with a deeper purpose, not only to showcase all of these influences but to convey an awareness that all things, no matter how different they may appear in physical form, are all the same.