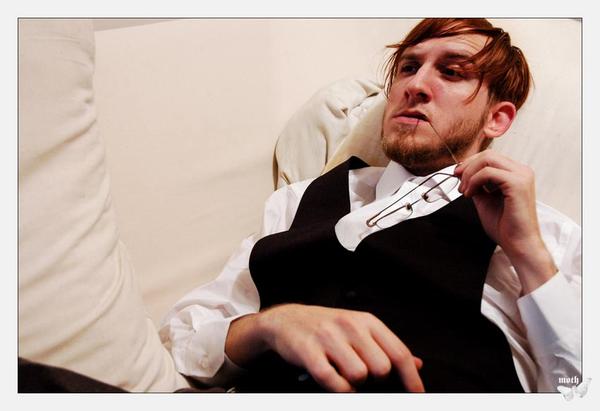 Come celebrate the Birthday of one of the beautiful and hard working Music Ecology promotors and founders Polina Volchek tonight with...

James Watts boasts an impressive and expansive discography of styles and collaborations that dates back to the early 90s demoscene and has steadily progressed forward towards making some of the most influential electronic albums to date. Having worked with some of the greatest minds i...n the industry, including Bluetech, Bil Bless, Tanner Ross, Peter Van Ewijk, and labels Native State Records, Mothership, Dependent, and Thoughtless Music, he has greeted the challenges in the music business with inspired optimism, smiles, and an infectious easy going attitude. In 2009, he played an extensive tour schedule in cities all over the US and Canada. In the same year we saw his 6th solo album ‘Undercurrent’, the debut Voodeux album ‘The Paranormal’, and the 2nd KiloWatts & Vanek album ‘Focus & Flow’. It’s fair to say the man lives and breathes electronic music.
His work embraces the bulk of electronic genres, including breaks, IDM, techno, and downtempo. His albums on Artificial Music Machine that are full of visionary dimensions, fusing together a dexterous knowledge of sound synthesis, deep emotional articulation, and solid melodic intuition. Peppered throughout these monumental statements are releases with class labels such as Somnia, Thoughtless Music, and his own outlet, KiloWatts Music, that celebrate his adept technical expertise, often bringing a whirlwind of digital wizardry in the form of glitches and edits. The list of projects and collaborations continues to grow, but some of the highlights are: Skeetaz, with breakbeat cohort Bil Bless brings hard-hitting digital glitched-out psychedelic funk. His collaboration with singer Peter Van Ewijk is a mystical ride with vocals and guitar, nested atop edgy electronica. With Tanner Ross, an eerie style of dark techno is born under the name Voodeux for Dirtybird’s techno sublabel Mothership. Fellow Philadelphian MC Amagine delivers consciousness-driven motifs in their digital glitch-hop project called Super Galactic Expansive.


dj steppo ( lovewavemusic/bassic, boston)
With over ten years experience in the game, and a serious love for all things music, DJ Steppo has rocked crowds from New England to Miami and San Francisco, and has played along such acts as Pinch, Joe Nice, Pendulum, Adam F, Mayhem, Reid Speed and many more. He owns his own label, Lovewave Music - focusing on the futuristic sounds of dubstep, house, and techno, and just released his third single, 'Torture Taxi' alongside Prism with a cut on the A side.

Riding on the storm from north of boston, steady knock (Andrew Thibodeau and Jonny Christensen) is a soundclash of the emerging genres glitch-hop and dubstep that sends listeners on an unforgettable melodic experience. Taking influences from hiphop, rap, dubstep, glitch and electro, steadyknock produces unique music that can be listened to whether youre raving it up late night or straight coolin with your friends. They have over 25 remixes and original tracks. Motivated by the love and growth of contemporary music, Andrew and Jonny devote almost all of their lives to bring you these incredible, filthy, and bass heavy songs. So, tune in to be updated on weekly song releases to keep that steady-knock-strut in your stride.

Professorpious has been a fixture on the Boston electronic music scene since throwing his first underground event in 2001. He received his break after opening for ediT at Bassic and has since then been invited to play in Boston, Connecticut, New York, Vermont and Nevada. With events like Burning Man and Defcon on his resume, Professorpious has shared a stage with national acts like Heyoka, Bakir, SugarPill and Cacheflow. A founding member of SMGU as well as a resident of Music Ecology club night, he also hosts a weekly internet radio show called Lost in Bass on http://glitch.fm/ alongside dsub and Stickem